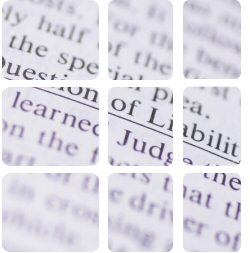 There is an obvious need for professional indemnity insurance for the traditional professions such as solicitors, accountants, architects etc. but increasingly we are seeing enquiries from less obvious trades such as self employed draughtsman, computer programmers, contract technicians and self employed contractors often performing a role in a company that they previously occupied as an employee. Professional indemnity policies are normally written on a claims-made basis, meaning that the policy which deals with a claim is the one in force when the claim is made against the policyholder, rather than the policy in force at the time the negligent error or omission was made. Problems arise when someone ceases the contract or profession which originally necessitated the professional indemnity policy. Despite no longer drawing the income, to protect themselves from the possibility of claims arising from previous advice or work done, professional indemnity cover must continue, often for many years. In theory, this long tail exposure to claims arising out of historic advice can be covered under a run-off professional indemnity policy, in practice this is not always easy to obtain. We therefore try to emphasise that accepting a work contract requiring professional indemnity cover to be held will be a long term commitment, with cost implications way beyond the simple annual premium. Many prospective policyholders have been able to use these punitive future costs as a means to renegotiate the contract to make the employer carry the professional risk, thereby removing the necessity to carry the cover themselves.